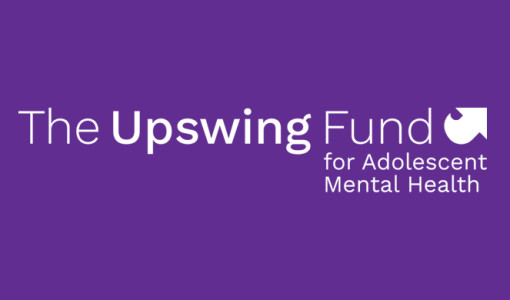 This is the first post in a two-part series.

Welcome to The Upswing Fund for Adolescent Mental Health! As the Director of The Upswing Fund, I’m pleased to announce the important work we are doing to support adolescents nationwide and the organizations who support them. But before I tell you about The Upswing Fund and other new initiatives and trends in adolescent mental health, I want to start by telling you my own personal story of why I care so much about this issue, and why I’ve done this work for the last 15 years.

How It Started For Me

When I was in middle school, I had panic attacks and intrusive thoughts on a regular basis. One moment, I would be paying attention and participating in class. The next, I would be jolted into a panic with 100% certainty that my parents were in a terrible car crash. I would sprint down to the school counselor’s office to call their workplaces to confirm if they were fine. After hearing my parents assure me that no accident had occurred, the school counselor would attempt to calm me down, then I would collect myself and walk back to my classroom. Not more than 50 feet down the hallway and 60 seconds later, I would run back to the counselor’s office, sure that THIS moment was the moment that the car accident actually happened. This exhausting pattern repeated dozens of times throughout the day, every single day.

Over time, my intrusive thoughts and obsessions evolved into more eclectic, shameful ideas followed by strange compulsions. I imagined that if I did not step on a crack a certain way or did not tap a desk an even number of times, bad things would happen to me. One of my recurring fears was that I would become instantaneously pregnant. I was not even holding hands with boys, and this was clearly irrational. Nevertheless, it felt 100% real.

My parents struggled to relate to my pain, which caused a cycle of tension within my family. My dad often joked that he could play a psychologist in efforts to get me to share what was troubling me. At the time, I knew there was no way I could tell him about my obsessive thoughts. Tell my dad? Tell him that 16-year-old me is pregnant?! Then, there would be TWO ridiculously anxious people. I was fully aware that I looked crazy at school by running out of the classroom in a panic one time too many. I continued hiding my fears from family and friends. Friends tried to relate, but their comments only made me feel more isolated. The few times I disclosed that I was suffering from Obsessive-compulsive disorder (OCD), they would respond with a nonchalant exclamation of how they were SO OCD, too! “Whenever people leave a mess, I go crazy!” they would say, “I have to make sure things are tidy... But on the bright side, it’s all good because it makes me more attentive to details!!” These kinds of comments left me exhausted and feeling completely alone.

What is Obsessive Compulsive Disorder?

According to the International OCD Foundation (IOCDF), “Obsessive compulsive disorder (OCD) is a mental health disorder that affects people of all ages and walks of life, and occurs when a person gets caught in a cycle of obsessions and compulsions. Obsessions are unwanted, intrusive thoughts, images, or urges that trigger intensely distressing feelings. Compulsions are behaviors an individual engages in to attempt to get rid of the obsessions and/or decrease his or her distress.”

Unfortunately, stereotypes of certain mental health conditions run deep, OCD included. The media portrays people with OCD as quirky individuals who are obsessed with cleanliness. While fear of contamination is a common fear for individuals struggling with OCD, OCD is defined by many different permutations of fears, obsessive thoughts, and compulsions. Importantly, individuals who struggle with OCD do not want to experience the thoughts and compulsions that they typically experience. They are consumed with irrational thoughts, and oftentimes feel compelled to follow through on compulsions to ease the fear and pain. The thoughts and compulsions I experienced seemed so bizarre, it was easy to feel like I was the only person on the planet who was going through this.

Finding Refuge In An Certain World

Statistics like these are eye-opening, even now. Growing up, I was certain that I was the only person on the planet dealing with the kinds of distressing thoughts and obsessions.

The only solace I found was sitting in the corner at Barnes and Noble, reading as much as I could about anxiety and OCD. The psych-education I gained from those books offered a glimmer of hope that I could be in control and manage my symptoms.

In 2006, I was away from my family at summer camp, and of course, extremely anxious that I could not monitor everyone’s safety at home. I thought about the books I read at the bookstore and wished this information could be readily available when I needed it most. I thought about how it would be comforting to hear stories from other teens who were having similar experiences. So, I pulled out a yellow notepad and started to sketch out what would become my blog, Anxiety In Teens, where I would showcase stories from other teens around the country.

Taking Action To Improve Access to Information and Help

Once I got home from camp, I promptly engaged anyone who would listen or offered to help. I’m grateful to my cousin Kelly who helped me set up my first Yahoo business pages to start the blog, and mentors like Mrs. Kerns, my high school career advisor who offered support and helped develop the concept. Over the next ten years, hundreds of teens, college students, and parents would contribute their heartfelt stories and perspectives to the website for millions to consume. We built a community and hosted offline events, such as the OutRun Anxiety 5k races and campus events.

Now more than ever, adolescents need access to mental health services and emotional support. With school closures, anxiety about COVID-19, and financial strain on the providers who serve youth, the pandemic has exacerbated an already dire situation. The Upswing Fund for Adolescent Mental Health was started to address these exact issues, and I’m proud to be able to contribute significant resources to make a difference in the lives of young people at such a critical moment in our country and world.

The Upswing Fund for Adolescent Mental Health is a collaborative fund that was seeded by Pivotal Ventures, an investment and incubation company created by Melinda French Gates to advance social progress in the United States. Further support has been provided by The Klarman Family Foundation and other donors. The Fund is advised by a renowned set of mental health experts with deep clinical and research expertise and a passion to support youth and communities. The Fund is powered by Panorama, a platform for social change dedicated to solving global problems through audacious thinking and bold action.